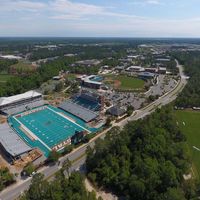 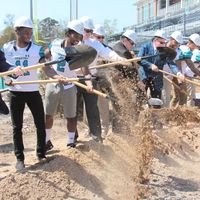 McKnight was excited to work Costal Carolina’s Brooks Stadium improvements for their first year in the Sun Belt Conference.    The bleacher addition took the stadium from 9,000 seats to 15,000 seats, accommodating the expanding fan base for the school.  The fire safety system was integrated into the campus system and scoreboard, further protecting those fans, the players, and other personnel inside the stadium during events.  Other major renovations included the bathrooms and office spaces of the stadium. All work for this project was done over the summer, allowing the school to successfully host its first football game on September 9, 2017